Photo by Andre Mouton on Unsplash 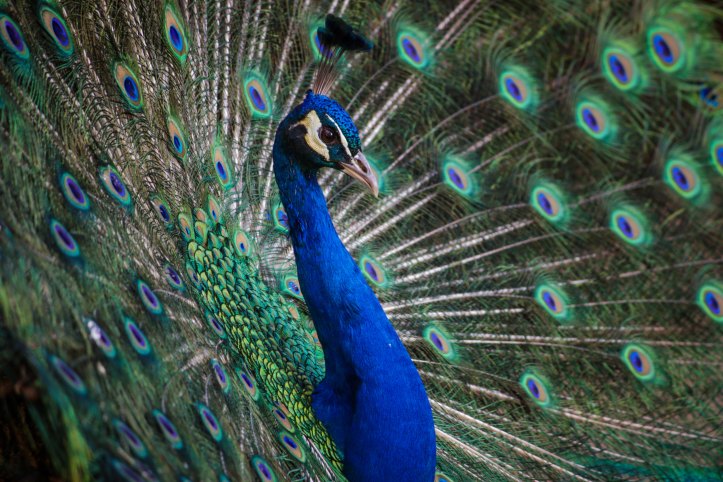 Narcissistic Personality Disorder (NPD) – this is an interesting disorder to discuss. Being narcissistic is detrimental to anyone wanting a real connection with someone. Notice, I said “is” detrimental; there is no maybe or could be. NPD is nearly impossible to live with; not the one with the disorder, mind you, but rather the people around them. The person with NPD is an individual that lacks the ability to empathize with others, topped off with an inflated sense of self-importance.

As mentioned in previous posts, society has taken a truly damaging condition of narcissism and has made light of it by throwing the term narcissist easily around. Some people do show some behaviors of narcissism depending on their environment; however, they should not be called a narcissist. NPD is a serious mental illness that should not be taken (or given) lightly.

The main characteristics or features of NPD are a need to be the center of everyone’s admiration, the absence of empathy for others, and a personal opinion of grandiosity. People with NPD are often described as demanding, manipulative, selfish, taxing, and especially arrogant. They behave with those grandiose fantasies, seeing their own beauty, intelligence and overall success as the greatest thing since sliced bread, allowing them to believe that they also deserve ‘special treatment’ from anyone they come into contact with.

People with NPD like to associate themselves with other people who are somehow gifted; the belief is that associating with people who are special in some brilliant way enhances the person with NPD’s self-esteem (which is generally low and fragile beneath all the self-hype).  NPD requires the inflicted to seek admiring attention and will force it upon others so that they believe others think highly of them. A lot of the time, however, those who are truly brilliant stray away from those with NPD because the truly gifted will not have a need to lift someone up who doesn’t deserve it.

In the social forum, individuals with NPD cannot take criticism; if they are criticized, the person doing the criticizing is wrong “and I’ll tell you why!” NPD does not allow for the individual to accept defeat well and will lie, manipulate, argue and cheat in order for any rejection to be nullified. I was teaching a class on critical thinking and I told a student that the topic of the paper he wanted to write was not acceptable and to pick another topic. He argued at first and then seemed to accept my decision; however, when he turned in his paper, he wrote it on the topic that I told him he couldn’t use. I put a big fat ‘0’ on it and he lied to the Dean and tried to manipulate the situation stating that I had never said he couldn’t use that topic.

People with NPD are very reactive to criticism, especially if they are put in a situation that could be negatively looked upon. This is why they are quick to lie rather than to admit to being in any way responsible, vulnerable or deficient in their personality or performance. It’s always someone or something else that should be criticized, not them personally. That student I may have labeled as narcissistic (if he was my patient and not my student), especially as he continued to complain to the Dean about my classroom tactics and grading, as well as argue with everyone else in the class (since he was always right).

I have been told that I’m a stern and tough Professor and I rarely move the lines that I set; however, once you have been in my class a couple of days, you know that if you do the work, it’s easy-peesy. Ok, so some of my tactics aren’t highly approved of. For example, one minute after the start of the class, I close and lock the door. If you are late, you knock and wait for me to find a sort of ‘saving spot’ in my lecture to let you in. And then I make you do the shame-walk to your seat as we all wait in silence for you to sit down. Some people think its harsh, but students only have to see it once to never, ever be late. Well guess what that student did every week? Purposely be late. He actually enjoyed the silence that the class made as we all had to wait for him to slowly find his seat and sit down. That’s a narcissist.

(And BTW, that student not only failed the final but also failed my class. He blamed me for the difficulty of exam rather than him never opening his book)

Other Symptoms and Behaviors

Someone who is narcissistic has low self-esteem, as I said earlier. It is important to emphasize this because a true narcissist does not come across that way. As a matter of fact, many people in position of power come across as being driven and confident, as well as being narcissistic. That’s not the case. There is such a large degree of self-doubt and insecurity, so much so that the narcissist himself could not admit to. This is why they are so defensive when questioned and why they brag and exaggerate about their own achievements (I climbed Mt. Everest over the weekend, what did you do?).

An individual with NPD will exaggerate their talents and/or achievements due to their grandiose sense of self-worth. They are preoccupied with their delusions and fantasies of power, beauty, brilliance, etc. They believe that they should only associate and be understood by other high-status and brilliant minds. They require immediate attention and admiration in excess due to their blown-up sense of entitlement. They take advantage of any situation or relationship for their own goals even at the expense of harming someone or something else. They are not willing to recognize someone else’s feelings as being worth as much as their own. They believe that everyone is envious of him but is continually envious of others who has what he believes should be his (love, power, money, etc.). And he will be haughty in his every day, every minute behaviors (conceited, snobby, abusive, dismissive, etc.)

The characteristics and features of NPD typically become evident in early adulthood. And as stated before, people are not diagnosed with mental disorders until they are at least 18 years old. Children are born into a narcissistic environment where the world does revolve around them. It isn’t until they become older that they realize there are billions of other people in the world and they learn empathy and good social skills.

In order to be diagnosed with NPD a person would need to have the above behaviors exist in every aspect of their lives; work, school and in every relationship.

As with many personality disorders, the cause of NPD is not yet fully understood. Environmental and genetic factors play a role, just as life experience and social interaction (or lack thereof).

Treatment for NPD is challenging. Someone with NPD will be defensive if they are told they have a disorder, of any kind. It’s difficult for people in general to acknowledge some flaw in their personality; someone with NPD would have to acknowledge that they have a serious flaw AND that they need help. Psychotherapy within a group setting has been known to be helpful; teaching someone with NPD how to relate and understand other people in a healthy and compromising manner. Other forms of therapy that have been used and found effective are mentalization-based therapy, schema-focused therapy, and transference-focused therapy, all ways in which the patient is taught how to sort of rewire their thinking. Medication has also been used in order to treat the depression and/or anxiety that typically occurs when they seek help.